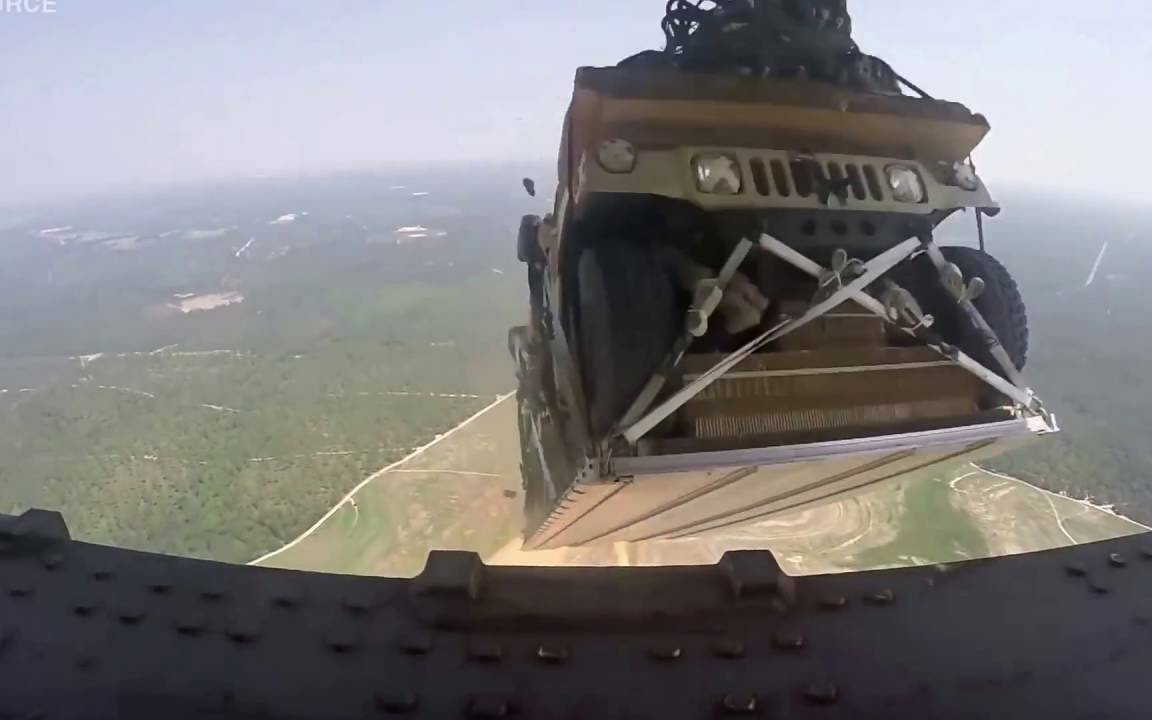 Have you ever wondered how a 5,900 pounds High Mobility Multipurpose Wheeled Vehicle (HMMWV) commonly known as the Humveee is airdropped from an aircraft .

Before being loaded onto the cargo rails of the aircraft with a crane, the bottom of the Humvees (a nickname which comes from the abbreviation – HMMWV) are first loaded with pieces of lightweight woods and honeycombed pads to absorb the shock of a normal landing.

3 cargo parachutes with combined weights of 275 lbs are later strapped to the Humvee to safely bring it down towards the ground.

To airdrop the $220,000 (about N79m in naira ) Humvee, the loadmaster opens the rear cargo door of the aircraft (a C-17 Globemasters or C-130 Hercules), releasing a smaller extraction parachute attached to the vehicle’s pallets. 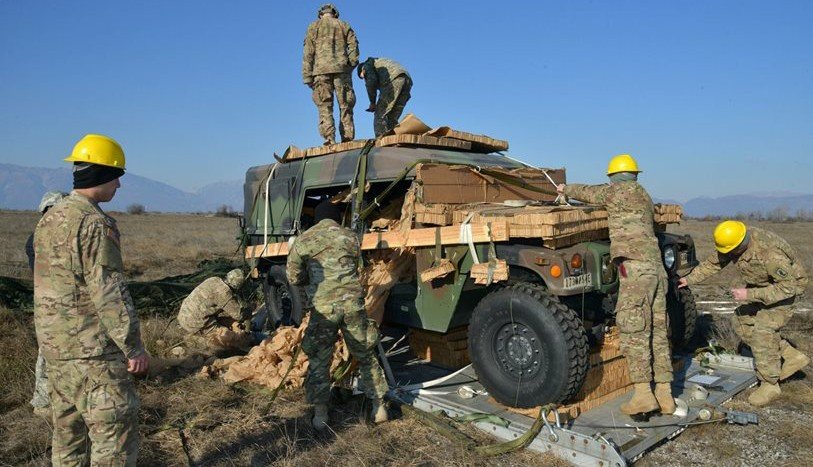 The drag of the extraction parachute pulls the Humvee along the cargo rails and out of the aircraft , with the 3 cargo parachutes deployed as soon as the Humvee leaves the aircraft to slow and allow it’s easy descent from about 750 feet above ground level to Earth.

10 Cars That Are Powered By The Engine Of Another Manufacturer