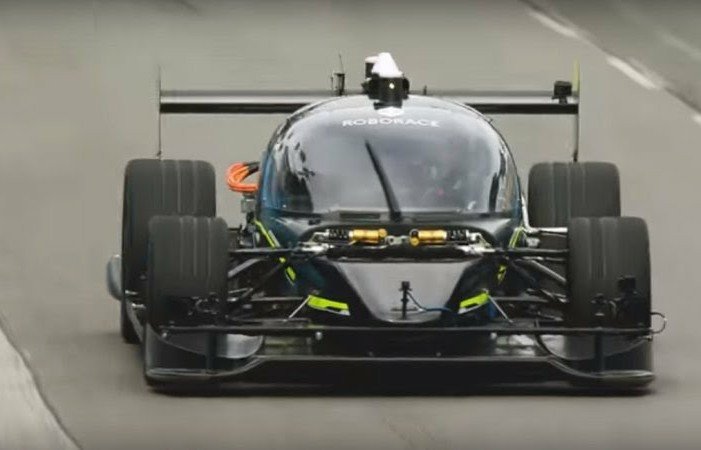 Roborace is a self-driving electric car racing series where the drivers are the softwares developed by each team to see which algorithms can race the best. It is like a Formula One of self-driving cars.

The DevBot(development car) allow teams to develop their software and experience the hardware that will be used on the Robocar.

Unlike a robocar, the DevBot has a cabin that can be driven by a human.

In the latest man versus machine challenge, the firm puts Ryan Tuerck, an American professional drifter behind the wheel to set a fast lap and then checks to see if the DevBot can beat the time.

The last two times DevBot was pitted against a human driver ,it finished within 8% of a skilled human driver in Berlin and within 8.5% of an amateur driver in the Hong Kong challenge.

After a few practice laps, Tuerck managed a good lap time of 1:51.8, which is about 15s slower than Formula E’s fastest lap around the same circuit.

The autonomous car ran the same lap and managed a time of 2:18.4,that’s over 26s slower than Tuerck’s.

But the founder of the series claims that the DevBot ,the autonomous racer will be able to beat human drivers before the year ends.

The experience of seeing a steering wheel turning by itself and a car speeding around a track without a human driver is still a very strange sight.