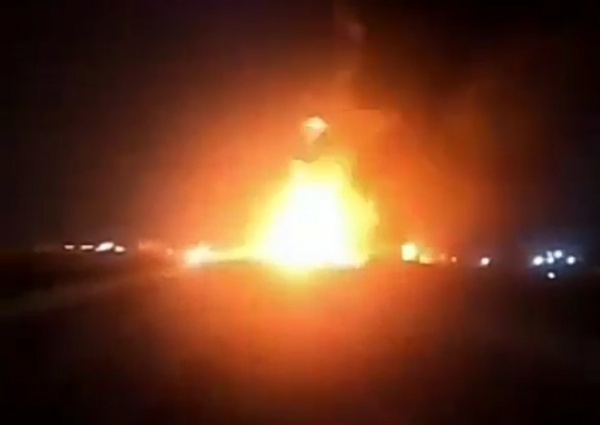 Fuel-laden tanker goes up in flames on Magboro bridge outward Lagos-Ibadan expressway on the early hours of Wednesday.

Hundreds of motorists were trapped on the Magboro axis of the Lagos-Ibadan expressway after a laden fuel tanker burst into flames on the early hours of Wednesday.

According to report, the tanker, which was outbound Lagos, was said to have gone up in flames around 4:15 am.

The incident caused massive gridlock at both inward and outward lanes of the Lagos-Ibadan Expressway.

Men of Fire Service, who were called to the scene, effectively extinguished the burning fire after battling the blaze for hours. No casualties were reported as at the time of filing this report. 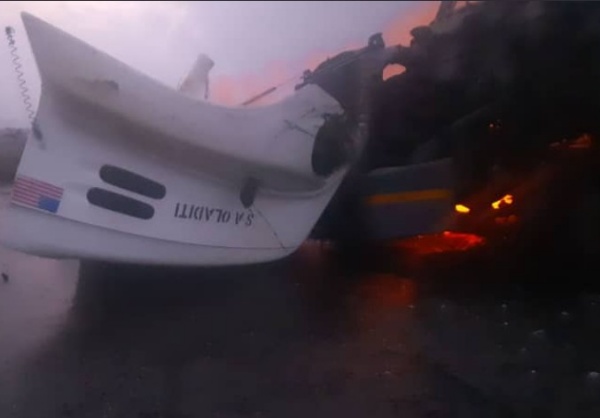 Corridor Commander of Federal Road Safety Commission (FRSC), Kehinde Hamzat, confirmed the incident. He cautioned motorists especially those using the Lagos-Ibadan-Egbeda corridor to re-plan their trips or brace up for delays.

“The Federal Road Safety Corps wishes to advise the general public on the need for adequate planning of their trips for today for users of the Lagos-Ibadan Corridor.

“The tanker explosion on Magboro bridge has called for the need to adjust one’s movement for the day.

“The fire is still burning as at 0520hrs. This means a total standstill situation of vehicular movement along the expressway is taking place.

“Relentlessly, men of Fire Service are making efforts to extinguish the fire. They also have the support of men of other agencies around the scene of the inferno.

“We, therefore, advise the general public to have adequate planning for their trips. This is for those who cannot cancel their planned journeys. We also advise that travelers who are likely to transit in and out of Lagos from the neighboring state to explore alternative routes where necessary.

“All hands on deck to ensure that we manage the situation professionally. In the meantime, we’ll make sure that the road return to proper use for the public.” Corridor Commander, Kehinde Hamzat noted.